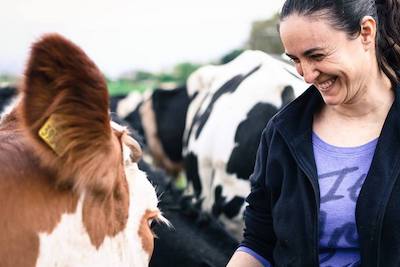 When Buket Ulukut first moved from Istanbul to a rural plot of land in the foothills of the Taurus Mountains in southern Turkey, she was leading a double life.

“I’d be taking calls from clients in Europe while out amidst the rows of peppers and eggplants, hoping they didn’t hear the rooster crowing in the background,” says Ulukut, who worked in the textile industry before establishing Tangala Goat Farm [1] in Muğla’s serene Yaka village.

Since Ulukut settled in the area in 2008, her herd has grown from two goats to more than 50, producing milk that is made on-site into artisan cheeses sold throughout Turkey. Over the same decade, the number of Turks swapping the city for the countryside has also multiplied, driven by rising urban stresses and an increasingly stifling political climate.

Read the rest of the feature on Culinary Backstreets [2].