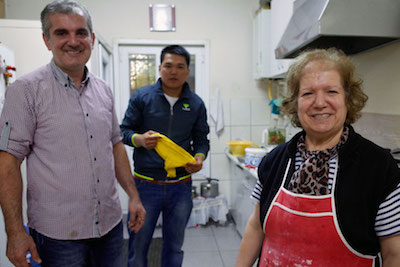 After an awful 2016 punctuated by bomb attacks and a failed coup attempt, Istanbulites were clinging to the desperate hope that tensions would ease in the new year. Then, shortly after bottles had been popped and toasts had been made, news suddenly poured in that the city’s ritziest nightclub had been sprayed with bullets in a shocking and tragic attack that claimed the lives of 39 people.

Though the year started off with the kind of bang I wasn’t expecting, things have calmed down in 2017. This has afforded Istanbulites the opportunity to spend less time worried about their own personal safety and more time focused on the still-troubling political situation that clouds Turkey today.

Read the rest of the feature on Culinary Backstreets [1].