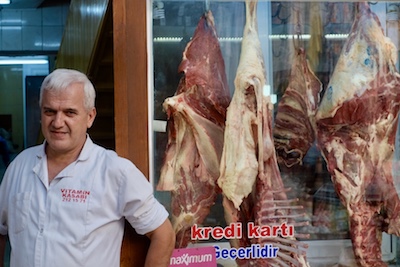 Turkey’s charming southern city of Antakya lies equidistant to the Mediterranean coast and the Syrian border, in the province of Hatay. The area is famed for its unique, spice-laden cuisine, though it is perhaps overshadowed by that of its neighbors to the east and west: Adana and Gaziantep, respectively. The former is practically synonymous with kebab while the latter is famous for, well, everything, and is often touted as Turkey’s undisputed food capital.

But a recent two-day trip to Antakya made it imminently clear that its cuisine deserves just as much praise as Adana’s glorious grilled skewers and Gaziantep’s divine baklava [1]. The integrity and autonomy of its rich cuisine comes as no surprise to anyone acquainted with this special city.