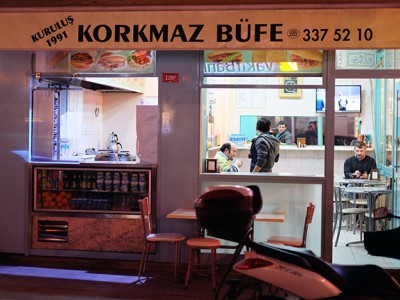 Istanbul’s Kadıköy district on the city’s Asian side has long been billed as a calmer, more laid-back alternative to some of its swarming, chaotic European counterparts, and it seems everyone’s figured that out by now. Though the rocks that straddle a long stretch of winding, serene shoreline still make for one of the most relaxing hangout places in the city, the pedestrian Mühürdar Caddesi running through the heart of Kadıköy is choked with foot traffic on the weekends, while a staggering number of bars and coffee shops have appeared on the scene within the past two to three years.

In the district’s affluent, picturesque borough of Moda, where rents get higher as one approaches the Marmara Sea coast, these new establishments are rapidly altering the classic character of the neighborhood, as espresso bars replace tuhafiyeler (haberdasheries) and sahaflar (used bookstores) close down to make way for Irish pubs and burger joints.

But on the neighborhood’s main street, which snakes its way to the shore, a tiny restaurant bustles with customers hell-bent on getting their hands on excellent döner. Open since 1991, Korkmaz Büfe serves what some insist is the city’s best, and it tends to run out quickly.