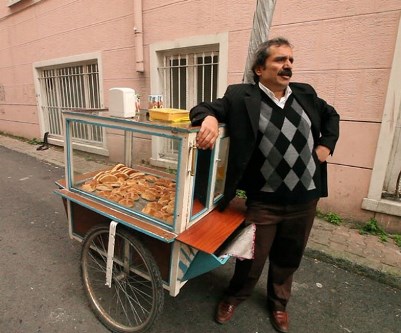 Metin Akdemir is a filmmaker based in Istanbul. In 2011 he made a short film about street vendors in the city. The film, “Ben Geldim Gidiyorum” [2] (“I’ve Come and I’m Gone”), won several awards in Turkish and international film festivals, and we think it’s a very valuable piece of work that captures a side of Istanbul’s culture that is slowly disappearing. We caught up with Metin to talk about the film.

What attracted you to the subject of street vendors?

What is the value of street food vendors in Istanbul?

Street culture is slowly dying. Everyone shops either online or inside shopping malls. Street food vendors resist this tide and still roam the streets with their rich and cheerful voices.

Read the rest of this interview at Culinary Backstreets [3].