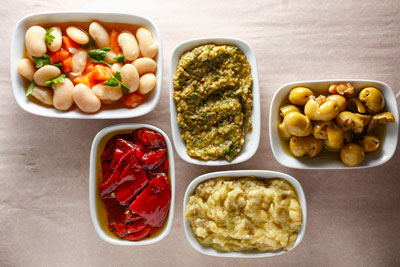 It has been years now since we were first tipped to Sıdıka. The W Hotel had just opened in the splashy Akaretler rowhouse development. Vogue, the rooftop sushi lounge, was still in style. The Shangri-La hotel was under construction down on the waterfront, and it was rumored that some rooms would have Bosphorus views, below sea level. Beşiktaş, long the bastion of cheap draft beer joints and university student flatshares, was having some growing pains.

It would seem unlikely that Sıdıka, a small meze restaurant born in the boom of Beşiktaş, would become such an institution in our lives, and, dare we say, that of the neighborhood too. Over countless meals in the narrow dining room that can get a little hot and loud, and where the menu really never changes, we debated what made Sıdıka so good.

For us, a meal at Sıdıka begins with several mezes – some great renditions of common mezes and others singularly Sıdıka’s. The restaurant’s grilled eggplant meze, for example, made us realize how much that simple dish has been degraded around town. Here it tasted of smoke and mellow, creamy eggplant and nothing else. It was among the best renditions of this meze classic that we’ve had in a long time.