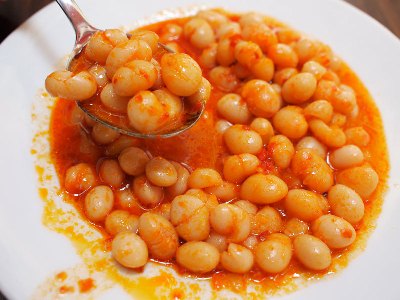 [1]
Until we visited some of Istanbul’s shrines to the baked bean, we generally regarded the dish as something eaten out of a can beside railroad tracks. But Turkey takes this humble food, known as kuru fasulye, seriously; that means chefs in tall toques carefully ladling out golden beans in a rich red gravy onto monogrammed flatware, served by waiters wearing bowties and vests. Even in the least formal of Istanbul’s beaneries, the guy manning the pot has the air of a high priest who knows that his incantations alone conjure something unusually delicious out of a simple dry white legume. This is no hobo fare.

To see our top five bean joints in town, read the rest of this post on CulinaryBackstreets.com, here [2].