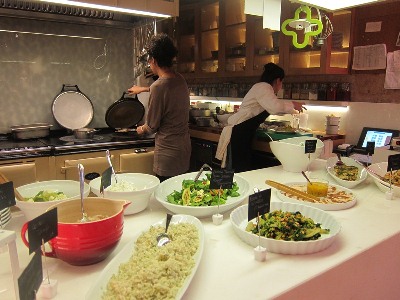 Certain global phenomena, like sushi, the mojito and the sitcom Golden Girls, might have arrived a bit late in Turkey, but as the world scrambles to go local, eat seasonally and connect with traditional culinary roots, Turkey is way ahead of the pack. Gram, chef Didem Şenol’s carefully curated locavore deli in Şişhane, feels perfectly in step with the stripped-down style that chefs from New York to New Zealand are favoring today.

One of Turkey’s best-known female chefs, Şenol is part of an ancient Eastern Mediterranean cooking guild that ferrets out the best of what’s around and lets the materials do the heavy lifting. The food reflects a connection with the land and the seasons that was never lost in Turkey, despite the country’s rapid modernization and urbanization. And while the menu at Gram is also undeniably contemporary, it’s nothing fancy.