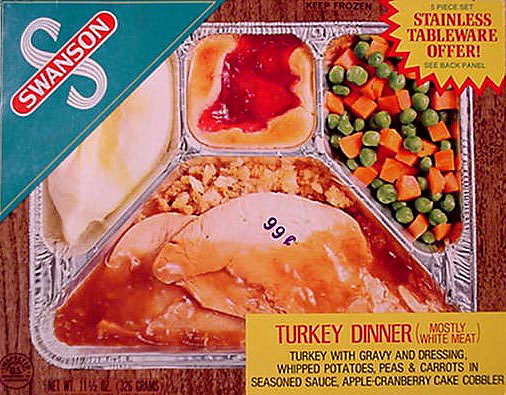 [1]
Turkey (the meat) has long been a staple of frozen TV dinners. It appears that soon Turkey (the country) is also going to be a major player in the frozen food department.

According to an article in this weekend’s Hurriyet Daily News, the ambitious owners of Sahan, a Turkish chain of restaurants serving the food of the southeastern city of Gazianetp, are starting a line of frozen food that they hope to export around the world. “Turkish cuisine is the third biggest in the world but we don’t make the most of it. Food has the biggest role in Turkey’s promotion to the world. We need to make it a source of income. We started selling frozen Turkish food for the first time and made money. We have signed a distributorship contract with Iran. We’ve received great demand from Greece, Italy and Germany,” the article quotes the chain’s Chairman, Tahir Tekin Öztan, as saying.