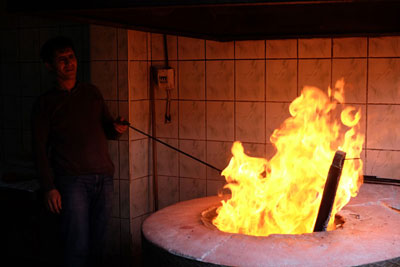 Until recently, Istanbul had been hosting increasingly more foreigners, who found themselves easily enchanted by the city and its spectacular location between three waterways. It had also gained well-deserved and long-due recognition for its vibrant food scene, which represents every corner of Turkey. Entire streets are devoted to the culinary specialties of one province [1], and these pockets are among what we find the most appealing about eating here. Tourists made the same discoveries, and places that were once patronized only by local tradesmen found an international audience.

But this past year sent everything reeling in reverse. While we were admittedly overwhelmed by how inundated with tourists certain parts of the city had become, we would prefer that to what followed: 2016’s bomb attacks and attempted military coup sent the crowds packing and devastated entire districts that had just opened scores of hotels and restaurants in the expectation that the number of visitors would continue soaring. The hotels sat empty, and popular, acclaimed restaurants [2] threw in the towel.

Read the rest of the feature at Culinary Backstreets [3].