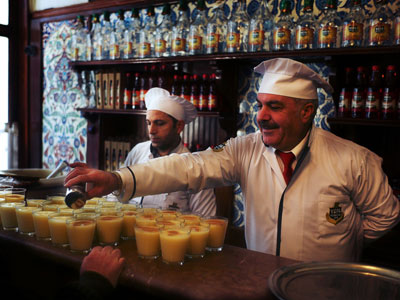 Editor’s note: In a recent New York Times  [2]article [2], Joshua Hammer wrote about a tour that Nobel Laureate Orhan Pamuk gave him through the author’s native city and his personal history there. We were delighted to read that one of Pamuk’s favorite places is Vefa Bozacısı, which is one of ours too (and also a stop on the Old City culinary walk [3]).

Read the rest of the review at Culinary Backstreets [4].