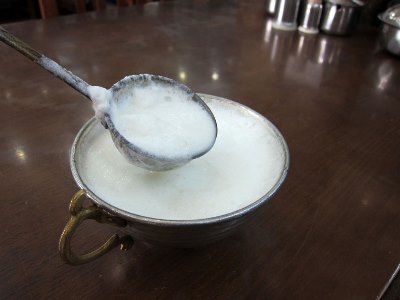 [1]
Editor’s note: While the fate of the Gezi Park occupation is being hotly discussed, we’ve been spending our time sipping deeper into Turkey’s other great debate: what is the country’s national drink? In the spirit of national reconciliation, below is our report.

The recent protests that raged across Turkey may have been sparked by the government’s ham-fisted efforts to bulldoze a precious stand of trees in Istanbul’s Gezi Park, but the country’s eaters and drinkers had already gotten a taste of Ankara’s increasingly meddlesome overreach during the weeks and months before.

In January, kicking off a new campaign to tackle the previously undiscussed problem of food waste, Prime Minister Recep Tayyip Erdoğan – who had previously shown little interest in culinary affairs – unveiled himself [2]as Turkey’s dietician-in-chief. “From now on, we must enter a new period in the business of bread,” Erdoğan said at a ceremony in Ankara. “Let’s remove the so-called white bread from our tables, let’s produce pure, genuine wheat bread and, in addition, let’s bring to the table bread with a high ratio of bran in it.”

“Let them eat whole-grain!” might be a welcome command in these health-conscious times, but not necessarily so in white-bread-loving Turkey. For many Turks, used to their fluffy, crusty white loaves – all the better for sopping up the juices of a hearty stew or for cradling a row of grilled meatballs – this seemed like nothing more than the capricious edict of a mad king.

The rest of this post can be found on CulinaryBackstreets.com, here [3].