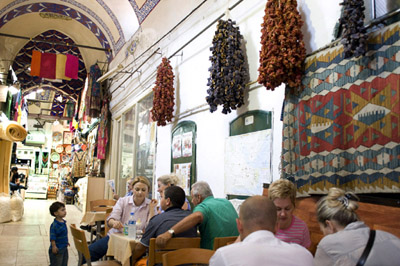 As we see it, one of the hidden pleasures of going to the bazaar (once you get past the overzealous shopkeepers hawking souvenirs) is exploring some of its quieter back alleys and interior courtyards for new dining possibilities, especially some of the smaller restaurants that cater not to tourists but rather to the locals who work in the sprawling marketplace. Here are some of our favorite places.

The rest of this previously featured article can be found on CulinaryBackstreets.com, here [2].