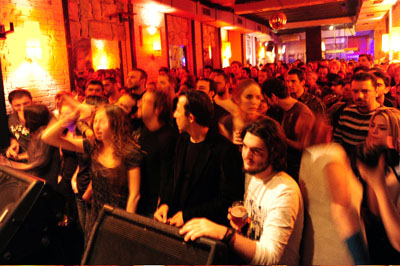 On İstiklal Caddesi, we’ve watched han after han fall to a swift and merciless wave of gentrification. The courtyard that led to our favorite notary public in the Narmanlı Han is now off-limits as the building awaits a makeover. The Circle D’Orient, home of İnci Pastanesi, seems to be going the same way. One of our favorite places for a beer, the old theater-workers bar in the Atlas Pasajı, is now just a warm memory to us, an office space to others. But just when we thought the whimsy of Bohemian Beyoğlu had choked on the chain stores that line İstiklal these days, we spent some time exploring the last bastion of funky Beyoğlu han life, the Rumeli Han.

On a recent exploration of the Rumeli Han’s many wings we wandered past the Turkish Communist Party’s HQ, the Indian Cultural Center, a tango dance center and, on the way in, a knit-cap hat vendor that has defiantly occupied the entrance of the grand old building with towering shelves fixed right over the elaborate moldings of the central arcade. On a rainy day, this arcade is a popular place to flout the indoor smoking ban and duck in for a quick cigarette. We spotted a knot of smokers near the A Blok elevator (out of order), all in different uniforms signifying their employer on İstiklal. Apparently, in the Rumeli Han, freedom, or actually something closer to mayhem, reigns.

The unruly spirit of Rumeli Han is perhaps best experienced at a music bar that we’d call a roadhouse if it weren’t on the second floor of the han’s C Blok.  It is a rambling series of large rooms forming an “L” shape. The stage sits at one end and a collection of booths on the other, with the bar at the elbow. The interior is neglected in a very pleasant way – paint flakes off the walls and collects on the floor and the old floorboards have been left to creak underfoot.

As casual as Haymatlos might appear on the front end, the backside is a serious operation. The bar has live music every night of the week and much of what’s on stage is a few beats ahead of current trends. Well-known performers of Balkan music, rembetiko and Turkish jazz play weekly but, more significantly, the place seems to coax unusually good performances out of no-name groups.

On our first visit to Haymatlos, we were blown away by a bawdy young singer in a red wig playing with a Balkan band. She sang a jazzy song and then started screaming like Ozzy Ozborne on the next one as an accordion honked along behind her. We danced and drank cheap beer all night shoulder-to-shoulder in a thick Haymatlos crowd. Here, in the same swaying room, were outcasts from Asmalımescit in dreadlocks and hippy pants, aging leftists, a few slick local “akşamcıs” and the young and moneyed Beyoğlu hip – a demographic snippet of the neighborhood today. Perhaps there is no such thing as Bohemian Beyoğlu anymore, or maybe it is evolving into something else. Haymatlos, which means “homeless” in German, has a refreshing come-as-you-are approach to nightlife. If the Rumeli Han can only survive the neighborhood’s growing pains, this place might bridge the gap between an older, bohemian Beyoğlu and the new. Sadly, the cynic in us tells us to enjoy the fun here while it lasts. Haymatlos is bound to be “homeless,” indeed, just as the Rumeli Han will surely be another shopping mall before long. 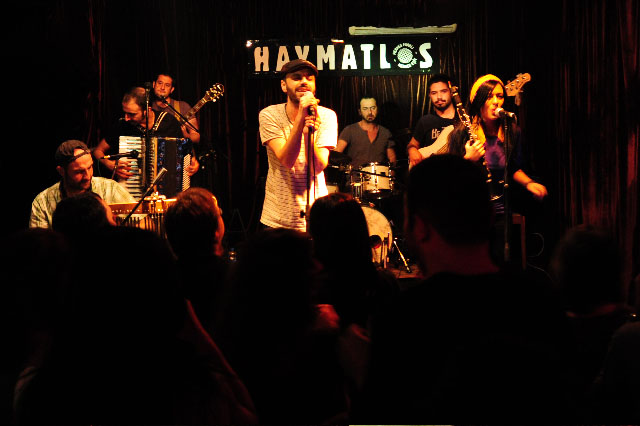 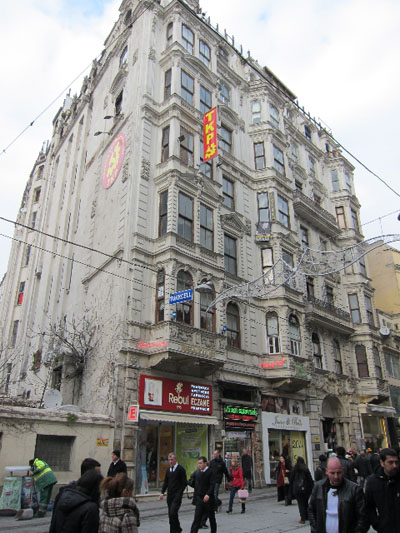