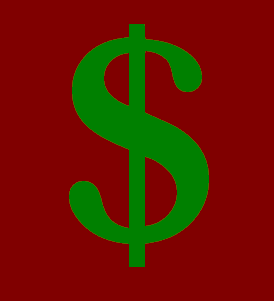 Dear Spender,
Guilty as charged. We do tend to write an inordinate amount about köfte and kebab restaurants and other budget-oriented places. The truth of the matter is that, when it comes to having a truly satisfying culinary experience, we’ve generally found that we get a bigger bang for the buck at these kinds of spots. There are plenty of lavish restaurants situated right on the Bosphorus or perched atop buildings with jaw-dropping views of the city and menus featuring $50 entrees, but the thrill is frequently gone once the food arrives.

That said, on occasion (a very special occasion) we do climb up the rungs of Istanbul’s restaurant ladder to have a peek at how the other half eats. Here are some suggestions of top-end places where you can enjoy both the surroundings and the food:

If it’s fish you’re after, take a look at this [2] recent advice column.

In Ortaköy, we’ve enjoyed the formal elegance of Feriye [3] – where traditional Ottoman dishes accompany a serious wine list in an historical and dramatic Bosphorus-side setting. Mikla [4], an elegant eagle’s nest perched at the top of the Marmara Pera hotel, has some of the best views in town, complemented by the inventive cooking of chef Mehmet Gürs.

The London-based high-end Japanese restaurant chain, Zuma [5], recently planted its flag in Ortaköy with much fanfare and serves the best sushi in Istanbul. Before Zuma’s arrival, the rooftop Vogue [6] in Beşiktaş was known as the top address for sushi and remains a favorite with Istanbul’s free-spenders.

Changa [7] in Taksim, and its sister restaurant MüzedeChanga [8], located in the Bosphorus-side Sabancı Museum in the Emirgan neighborhood, are mainstays on the high-end circuit. Conceived by New Zealander chef Peter Gordon, the Changa restaurants are known for their fusion style, but we prefer their classic Mediterranean staples such as grilled octopus, fresh Aegean greens and inventive mezes. MüzedeChanga remains one of our favorite splurges.

Recently, we were pleasantly surprised by the tasting menu with wine pairings at the Leb-i-Derya [9] restaurant located on the top floor of the Richmond Hotel on İstiklal Caddesi, overlooking the Bosphorus. Despite some not-so-fine dining experiences at their other location (on Kumbaracı Yokuşu), we were happy to find that this Leb-i-Derya was taking their cooking seriously.

For a serious splurge, try Mimolett [10], which has one of Istanbul’s classiest dining rooms and the cooking of Murat Bozok, a classically-trained chef who has recently started bringing Turkish ingredients and flavors into the dishes of his French-influenced menu.

Finally, a new find that left us deeply satisfied is La Mouette, located on the terrace of Beyoğlu’s Tom Tom Suites Hotel [11]. The restaurant has a superb view of the Old City, but, more importantly, it also has the cooking of two young chefs who are doing stellar work using locally sourced ingredients. Their imaginative take on the Turkish staple Arnavut ciğeri (Albanian-style liver), was reminiscent of foie gras and among the more sublime things we’ve eaten in recent months. One of their desserts, a panna cotta made with yogurt, pulled off the nifty trick of not only cleverly imitating the its original inspiration but actually bettering it.

We hope this helps. Now, excuse us, but we have a köfte lunch that we have to go to.