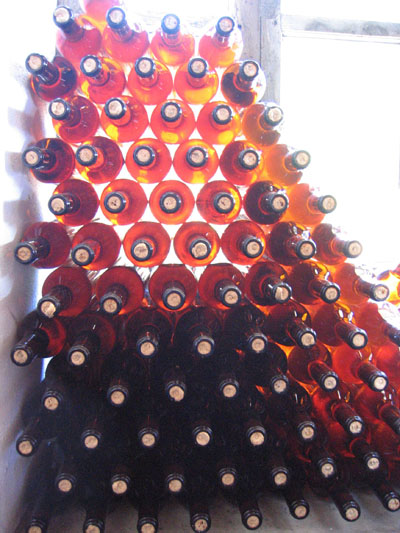 [1]
(Editor’s Note: We’ve recently been lucky enough to make the acquaintance of Serdar Kombe, one of Turkey’s leading oenophiles. These are exciting times for Turkish wine and Serdar has generously agreed to start a guest column for us about the subject. Today we are running a brief primer by Serdar about the current state of the Turkish wine industry, with a review to follow tomorrow. Stay tuned.)

A little bit about me: I was born in Istanbul in 1980. I graduated from the Etiler Hotel and Tourism Anatolian Vocational School. I started my career at the Four Seasons Hotel Sultanahmet. Then I worked at Mel’s and Vogue restaurants in Istanbul. In 2008, I was transferred to Zuma, where I work as a manager and chef sommelier right now. In 2010, I took first place in the Best Sommelier of Turkey contest, organized by the Turkish Sommelier Foundation, Chaîne de Rôtisseurs and Wines of Turkey. Later I represented Turkey in the Best Sommelier of Europe and Best Sommelier of the World contests in France and Chile.

In my posts during the upcoming weeks, I will talk about the wines that I think you have to taste now. But before that I want to talk a little about my thoughts on what is going on in Turkey’s wine scene.

I believe that we should separate Turkish wine history into two periods: before 2000 and after 2000. Until 2000, under the control of the state and the hegemony of two big wineries, very low-quality (bulk) wines were produced in Turkey. What counted then were the brand names of the wines, rather than their regions and grapes.

The abundant consumption of and the deepest love felt for our national beverage, rakı, was another reason for the late development of wine production in Turkey.

By the end of 1990s, private wineries had brought international grape varietals to Turkey, planted them and received successful results. This development, coupled with successful promotion and advertising campaigns, increased Turks’ familiarity with wine. Sauvignon blanc, chardonnay, cabernet sauvignon and merlot grapes whetted the appetite of wine aficionados, a younger generation of wine drinkers and, most importantly, of Turkish wine producers. As a result, investments in wineries increased and the number of boutique wineries increased. Boutique wineries are still a growing trend in Turkey and are setting examples for young entrepreneurs interested in the wine business.

Even though the developments of the last decade are very heartening and exciting for Turkish winemakers, the lack of standardized laws and control mechanisms controlling the quality of winemaking, the continuation of high taxes and artificially high prices are still major problems facing the Turkish wine sector.

In addition to these issues, Turkey still lacks a sufficient number of educated, informed and balanced wine experts whom winery owners, aficionados and personnel in the food and beverage sector can trust. Without people like this, it’s difficult to create an environment where quality is the first priority, prices can come down to normal and the Turkish wine sector can converge toward European standards.

Now, enough talking and on to the drinking! Join me tomorrow for our first tasting.